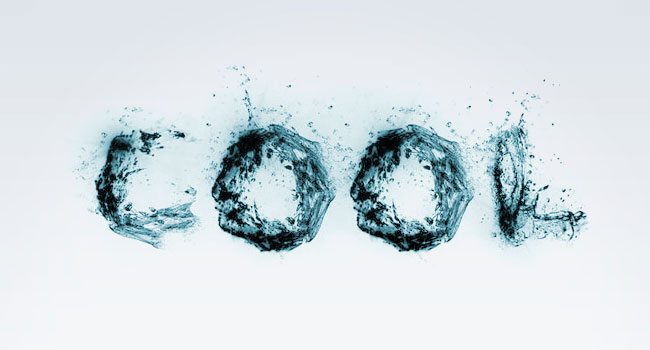 In the past few years, the best mattress brands have made much ado about keeping sleepers cool. Using a range of materials, fabrics and designs, the battle over who has the coolest mattress has become fiercely competitive, but just how do these technologies work, and why? Keep reading to learn about temperature, sleep, and the technologies mattress manufacturers are using to promote cool sleep.

The Issue of Hot Sleep & Mattresses

As sleep research continues evolving, we continue gaining a better understanding of which factors affect sleep, from temperature to mattress firmness and more. Researchers have found that cooler temperatures seem to promote deeper and more restful sleep, so the reasoning behind “sleeping cool” is fairly sound. Although studies have shown some variance with individual preferences, sleep professionals usually suggest the optimal temperature range is between 60-72 degrees fahrenheit. Temperatures above and below the “goldilocks” range could negatively affect rest, and anyone who’s experienced an uncomfortably hot night would likely agree.

Until the past 10 years though, coolness was rarely mentioned as a selling point for mattresses; in fact, products like heating blankets and pads were fairly popular, catering to the opposite end of the spectrum. The shift towards competitive coolness has largely been linked to the rise of polyurethane and memory foams in mattresses (and an improved understanding of rest, to a lesser degree). Earlier versions of these foams often had structures prohibitive of airflow, which could lead to hotter sleep for a proportion of people – especially those who naturally sleep warmer. In an effort to combat the perception that foams sleep hot, manufacturers thus began developing materials and designs touted to sleep cool.

What Percent of People Sleep Hot?

For mattresses overall, product research website SleepLikeTheDead.com (SLTD) finds that about 5% of people report their beds sleep uncomfortably hot, which is a fairly small percentage. This varies somewhat by mattress type however. Waterbeds have almost no complaints of hot sleep, while about 5% of owners of regular innerspring mattresses (without memory/latex foams), complain about heat. About 8% of memory foam and 10% of all-latex mattress owners overall report sleeping hot, which is higher than average, but still fairly low. For spring mattresses with memory or latex foams, the percent of people sleeping hot also rises to 7-8%. Within each category, individual brands can also show significant differences, underscoring how different materials and designs can affect temperature.

Although less than 1 in 10 consumers experiences an issue with sleeping hot, temperature regulation has become an imperative for mattress manufacturers as they vie for consumer interest and competitive advantages. Several major brands now make claims of offering cooler sleep (many unsubstantiated), so if you are concerned about sleeping cool or just shopping for a new bed, it can be helpful to know what’s behind the cooling claims and technologies so you can make informed comparisons and buying decisions.

The composition and construction of a mattress can influence how heat and air circulate, as can the material and design used for ticking and bedding. Manufacturers continue introducing “new” and “unique” methods designed to reduce heat retention. Some of the most important factors to consider include foam composition, foam performance, phase change materials, and cover fabrics.

Because the reputation of heat retention is most associated with foams, manufacturers efforts tend to focus cooling efforts on beds with any sort of foam in them (including both all-foam and foam-spring hybrids). The average percentage of people that report sleeping hot on foam beds overall is 8-10%, though SLTD’s reviews of gel foam mattresses and low density foam mattresses show slightly fewer heat complaints (5-6%), while medium density foams are about average (7-8%) and high density foams and all-latex beds are warmest (10-12%).

Traditional memory foam is a polyurethane-derived product with unique properties that allow the foam to soften with body heat and thus contour to sleepers’ bodies. Highly temperature-sensitive foams with high densities tend to contour most closely, which can keep body heat “trapped” near the sleeper, thus feel warmer. Foams with smaller/denser cell structures or closed-cell structures permit less airflow, while larger/less dense structures permit more air flow. Some newer foams are also made with reduced temperature sensitivity, which might reduce heat retention. Gels remain a popular cooling additive as well, popularized by Serta’s iComfort line, in the form of gel layers or swirled/bead infused foams with manufacturers claiming up to 25-30% greater cooling versus traditional foams. Plant-based memory foams like those used by Amerisleep are also growing in popularity, featuring reduced temperature sensitivity and open celled-structures. The leading plant polyol provider Cargill claims memory foams with their material sleep 25% cooler than gel-infused foams. Read more about traditional and gel lines  in our comparison of memory foam mattress reviews.

Latex mattresses have been around for decades, but have recently been gaining popularity with consumers seeking more natural bedding options. All-latex foam mattresses have slightly higher complaint rates for heat according to SLTD, though latex material does not have the same temperature-sensitive or contouring properties of other foams. Denser and closed-cell latex foams are more likely to retain heat since they are more likely to inhibit air flow. Manufacturers may use a vertical and/or lateral pinhole design (created during manufacturing) which can help improve airflow, as well as contoured channels between layers. Some also say that Talalay latex sleeps cooler than Dunlop, since it can have a more consistent cell structure but reviews are usually fairly similar. Some manufacturers have also been incorporating gels into latex foams as well. Learn more in our comparison of latex mattress brand reviews.

Gel foams have been around for a few years, with manufacturers claiming they help transfer heat away from sleepers to provide a cooler feel, as gel warms slower than plain foam. Gels can be mixed into foams as beads or swirls, or used in poured layers, with manufacturers usually claiming their particular method is best. There is not yet concrete evidence that gel foams actually contribute to cooler sleep throughout the night, though they may initially feel cooler. Consumer Reports testing found little difference between beds with gels and those without; in their buying guide they state “Our tests show that mattresses without infused gel “breathed” about as well.”

Phase change materials are a newer introduction. They store heat as they melt and release heat as the solidify, using the principle of latent-heat storage (the idea being that the material absorbs and stores heat from the surrounding foam). There a few manufacturers using gels and foams combined with encapsulated PCMs. Both types of materials are believed to be most effective when used in the uppermost layers, closest to sleepers.

Fabrics used in covers are another important component of mattress coolness, as they can contribute to or inhibit airflow. Natural fibers like cotton and wool tend to be most breathable, while synthetics like polyester are less breathable. Many companies use performance-type fabrics to wick moisture or PCM-coated fabrics like Outlast to wick heat in an effort to improve the perception of coolness.

Beyond foams and fabrics, some manufacturers have also introduced electronic cooling solutions. Perhaps the most popular, the ChiliPad is a mattress pad that uses water to cool or heat the bed’s surface. The company also recently introduced a foam mattress with the system integrated into the bed. Brookstone also offers a fan designed to cool beds.

The push for cool mattresses is likely to continue due to largely positive response from consumers. Even though only a portion of people experience problems with sleeping hot, the benefit appeals to many and certainly doesn’t detract from comfort. The key thing to remember when shopping for a new bed is not to be blinded –  look at the science behind the claims. Many manufacturers may try to upcharge for “cooling technologies” with little proof or information on how they work. Checking reviews can be one helpful way to see if a brand’s claims hold up or burn out, as you can compare the frequency of heat complaints among different models and manufacturers. Also, don’t forget to look at the quality of materials and the overall value of the bed itself, as mattress coolness is just one aspect of comfort to consider when shopping.

Jeff Chase is the newest addition to the Best Mattress Reviews team. With a background in kinesiology and physical therapy, Jeff understands the importance of sleep in physical performance and recovery. Despite a bad coffee habit, he generally manages to fall deeply asleep any time after 9pm. As the father of two kids with an early bedtime, he’s also an early riser with a penchant for discovering new products, supplements, and gadgets that promise a more restful sleep.