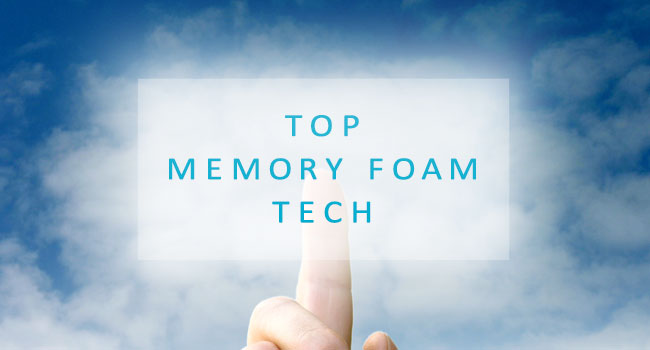 The category of memory foam mattress is often presented and discussed as singular, however that is no longer the case. In recent years, innovative manufacturers have developed different technologies to improve and perfect the material. These innovations were largely driven by customer complaints and a desire to remain competitive. While the original version became popular for its pressure relief and support, there were some issues customers voiced like heat and odor.  We took look at the major technologies to see how they compare when it comes to top issues and complaints.

In this comparison, we’ll look at the three primary types:

Regardless of their differences, owner satisfaction is almost always above average when it comes to this type of mattress. Whereas spring mattresses tend to hover in the 65-75% range, this bed type finds itself in the 75-85% range, and is consistently rated best mattress on independent websites and by consumer journals like ConsumerReports.com.

Despite these strong advantages, consumers have noticed a few drawbacks.  Because this is where the different technologies part, we will at each type separately to see how they fare regarding heat, odor, and ease of movement.

This is one of the biggest concerns when buying this type of mattress, with a small portion complaining of allergic-type reactions. Off-gassing is the result of the use of harsh chemicals also known as VOCs, compounds used in foam creation, preservation, and for flame standards. These chemicals have been linked to a variety of health concerns from respiratory discomfort to long-term issues, and many consumers wish to avoid them.

Heat is another big issue when it comes to foam beds. Dense foams tend to retain body heat near the sleeper, which can be uncomfortable for people who sleep hot naturally. The added contouring effects of memory foam and breath-ability issues remain a top source of innovation.

While memory foam is designed to reduce pressure points, and thus tossing and turning, people still want to be able to move around easily on the bed to change positions, get out, and during certain bedroom activities. Slow-response foam presents an issue in that the mattress takes awhile to come back and readjust.

So Which Technology Wins?

Below is a chart borrowed from an informative Mattress-Inquirer.com article comparing memory foam.

Overall it seems that the best memory foam mattress technology available on the market, in terms of resolving complaints, is plant-based. These comparisons are also supported in consumer reviews. Amerisleep’s plant-based beds have a 90 to 98% customer satisfaction rate. Serta’s iComfort gel line has average satisfaction ratings of at 78 to 81%. (All based on reviews from retailer’s websites and third-party review websites). While there are other factors to consider when comparing memory foam technologies, the above performance assessment and reviews offer a compelling case for the benefits and future of plant-based foams.

Jeff Chase is the newest addition to the Best Mattress Reviews team. With a background in kinesiology and physical therapy, Jeff understands the importance of sleep in physical performance and recovery. Despite a bad coffee habit, he generally manages to fall deeply asleep any time after 9pm. As the father of two kids with an early bedtime, he’s also an early riser with a penchant for discovering new products, supplements, and gadgets that promise a more restful sleep.